Running Start is operated by an unpaid volunteer Board of Directors.

Emily Harvey has served on the Board of Directors for Running Start since June of 2018. She is the author and illustrator of a children’s book series titled The Girl with the Robot Leg. She is also the co-founder and Board President of LIM359, which is an activities-based support group for people with limb loss/difference. Emily also serves on the Diversity, Equity, Inclusion, and Accessibility Committee of the United States Pony Club. She has a Bachelor’s Degree in Sports and Physical Education, a Master’s Degree in Sports Management, a Master’s Certificate in Nonprofit Organizational Capacity Building, and a Juris Doctor. Emily is a civil rights attorney and lives in the Denver metro area.

Vice President: Samantha Novak Hosmer
Samantha started with Running Start in 2015 as a Beginner in the program. After years of taking care of others, she decided it was time to take the brave leap and focus on taking care of herself. She was paired with fellow board member (and now lifelong friend) Shari Ashley as her Personal Motivator, and together they trained for her first 5k. From there, Sam went on to support three other women in the program, before becoming a co-program manager and board member for Running Start. She loves sharing the program with others, and watching the Running Start family grow! Building community is one of Samantha’s favorite things. She also loves camping, hiking, knitting, and paddleboarding. She lives in Erie, CO with her two kids, husband, and a menagerie of animals. She works as a special ed paraeducator at the local middle school, and loves having summers off to dedicate to her kids, Running Start, and traveling.

Kriste Peoples is a meditation teacher with a love of being in green spaces and exploring the application of mindfulness off the mat. And when she’s not out running, hiking, or otherwise adventuring along Colorado’s Front Range, she’s likely writing about it (or recovering with carbs in a local eatery). She can also be spotted offering talks about engagement in nature, gently nudging others to take up the cause of fun in the outdoors.

Sarah Vernon-Brunner has served on the Running Start board and been the Treasurer since 2016. Running and fitness has always played an important role in Sarah’s life, from her early days as a volleyball player and now as a runner, so she truly believes in the mission of Running Start. Professionally, Sarah was the President of Skirt Sports and after 14 years there, she is now managing the finance and operations for the Colorado High School Activities Association. Sarah lives with her husband and two busy boys in Superior.

Born and raised in the Chicago suburbs, Nicole was a standout swimmer, qualifying for the 1988 Olympic Trials and later graduating from Yale University. She decided to pursue the sport of triathlon, and a lucky seat assignment introduced her to her future husband (future 2-time Ironman World Champion), Tim DeBoom, on a flight to the 1995 ITU World Championships. Nicole started racing professionally in 1999, racking up countless podium finishes. Her triathlon career culminated in a win at the 2004 Ironman Wisconsin, wearing a prototype of the first-ever running skirt – a skirt that would launch a revolution in women’s fitness clothing just a few months later. Nicole founded Skirt Sports in September 2004 with the mission of helping women find inspiration, confidence and courage through the transformative power of running and fitness. Today, Skirt Sports is a national women’s apparel brand offering a full line of products that fit real women’s bodies and support their busy running lives. Skirt Sports continues to empower women as part of the ZOOMA Race Series family of brands. Currently, you can find Nicole interviewing visionaries for her popular podcast Run This World and chasing around her 8-year-old girl, Wilder. 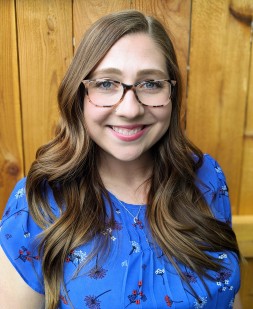 Kelsey Pavlidis has lived in Fort Collins, Colorado for the last 8 years. She earned her Bachelor’s Degree in Sociology from Luther College, and went on to pursue her Masters of Social Work at Colorado State University. Kelsey is currently an LCSW practicing in Fort Collins, CO. Kelsey formerly worked for community mental health, and in the last year she made the shift to working in the healthcare sector supporting integrative care. Kelsey started her running and movement journey through the Running Start program in 2019, and went on to serve as a personal motivator and regional leader in 2020 before joining the board. 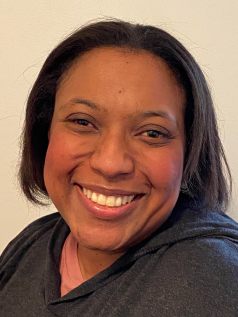 Jaime Saunders Archer is originally from Southern California, but has lived in Boulder for over 20 years. She has a bachelor’s in art history from Stanford University and a master’s in art history from the University of Colorado at Boulder. Jaime worked in education for over 10 years as a museum educator, tutor, substitute teacher, and elementary school teacher. She is currently a stay-at-home mom and the owner of an online craft and nature photography business. Jaime was a Running Start beginner in 2019. This is her first year as a Running Start board member.

Tiffany is a Colorado native. She earned her Bachelors degree from Colorado Christian University in Elementary Education.  After 22 years teaching kindergarten,  she made a move to the brand new preschool program at her elementary school. She has been a motivator for Running Start for the previous two years. This is her first year serving on the Board of Directors for Running Start. She coaches Girls On The Run at her elementary school as well as runs multiple 5ks with her daughter.

Shannon was born in raised in Massachusetts where sports were a big part of her childhood, swimming, field hockey, softball, soccer, etc. She earned her Bachelors Degree in Political Science in 2005 and worked for several years in HR/Benefits. After her children were born she joined a running group and began running local races. In 2017 she ran her first (and only) marathon shortly after she moved to Colorado with her husband and two young boys. She is a stay at home mom who also works part time in the outdoor retail industry. Colorado has opened up many new adventures for her that she now loves like hiking, paddleboarding, camping and exploring. Shannon became a Personal Motivator for Running Start in 2019 and this is her first year serving as a Board Member. 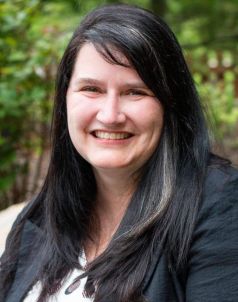 Shari is a Colorado native. She loves serving the citizens of Colorado and works for the State of Colorado. She finds peace and serenity in our Colorado mountains and her hobbies include travel and photography. This is her first year on the Board of Running Start. She has served 3 years as a personal motivator. She only started running around her 40th birthday.  She started the Couch to 5k program and 3 months later she ran her first 5k and has never looked back. Running has helped get healthy and she has gained confidence along with an entire new community of friends. Shari has completed over 40 Half Marathons and 9 Marathons (most for charity) and a 50k. Shari may not be fast, but she runs with determination and her entire heart.